Hello!  My name is Sharon Gordon.  I was born and raised in the Detroit, Michigan area.  I attended Lutheran Parochial Schools for twelve years.  (I converted to the Catholic Church in 2005.)  In 1979, I married my wonderful husband, Gery, and together we raised four children and now we have five grandchildren.  In 1984, I opened an in-home preschool and daycare which I ran for seventeen years all while homeschooling my own children.  In September 2001 I began to run an in-home Montessori School for children ages 3-6 while pursuing a Montessori Certificate through United Montessori Association in the state of Washington.  I received my certificate in August 2002.  After 18 years, I am closing my Montessori School to start a new adventure working with the K4 students at Pope John Paul II Academy.  When not teaching children, I enjoy quilting, scrapbooking, embroidery, camping, hiking, reading, ham radio, playing music, singing, and spending time with my family, especially the grandchildren.  I am very excited about being on the team at PJPII Academy and working with my students and their families.

​
My name is Tricia Hartman and I have lived in Western Colorado most of my life.  After graduating from Ouray High School, I went to Caracas, Venezuela as an exchange student for one year.  My educational path took me to the University of Northern Colorado where I obtained my bilingual elementary education degree in Spanish.  I have over 15 years of teaching experience in a variety of different grade levels and subjects. I have been blessed with a wonderful family.  Two of my daughters are attending college while the other two go to Montrose High School.  When I am not busy being a teacher and a mother, I enjoy photography, biking, snowshoeing and generally anything outdoors.  I look forward to teach not only academic subjects but introduce little people to God, His love for them, and the goodness of the Catholic Church. 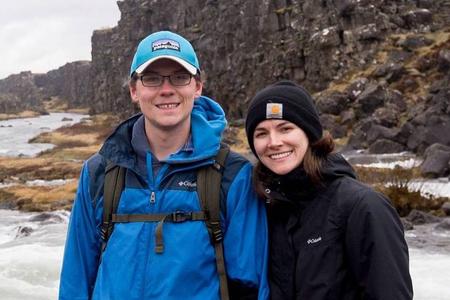 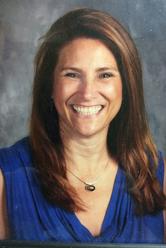 Julian Sanderson, a graduate of Ave Maria University, comes to us with experience teaching children with special needs and a desire to work with young students. Mr. Sanderson, from Alexandria, Virginia,  joined our PJP2A team January 27th. This past summer, he became friends with Mr. Collart and Mr. McMullin when the three participated in the Crossroads Pro-Life Walk across America.

In order to facilitate a smooth transition for our Kindergarten students, he and Mrs. Hartman have been working together in the classroom for a while. Now Mr. Sanderson has transitioned to being the primary teacher of kindergarten!

Kevin Root came to us after working at the Philmont Scout Ranch in Cimarron, New Mexico as the GIS Coordinator. In this position, he taught classes to 12 to 15-year-old students. He has a degree in biology from Thomas Moore University and is now teaching math and science for our middle school. He is also teaching history, 6th grade grammar, and a couple PE classes. As the child of two military parents, he has lived in a variety of places around the world and is now happy to find a smaller town and a small Catholic school. He also plays rugby! 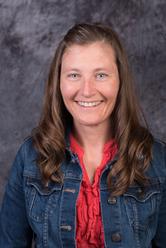 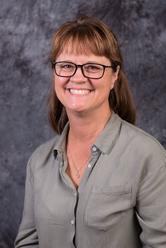 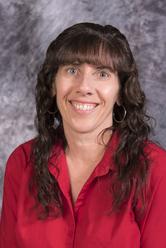 in the Catholic Tradition 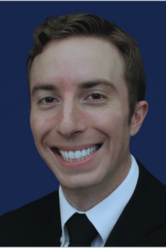 Originally from Columbus GA, Mr. Eric McRoberts holds a Bachelor of Arts in History from Columbus State University, along with a Master’s of Science in Film Theory from the University of Edinburgh, Scotland. Born and raised in Southern Georgia, Mr. McRoberts has had the blessed opportunity to travel and live abroad, while studying for various programs. Following his undergraduate academic career, where he studied 20th century Middle Eastern geopolitics, Mr. McRoberts has studied film production and theory in Prague and the United Kingdom.

Mr. McRoberts is ecstatically embracing the opportunity as a faculty member of Pope John Paul II Academy for his first formal teaching assignment in a Catholic school. As a seminarian for the Diocese of Savannah from 2018-2019 (attending St. Vincent de Paul Regional Seminary in Boynton Beach, Florida) Mr. McRoberts assisted teaching RCIA classes throughout Georgia and in planning and executing several summer Vocation camps for middle and high school students.

An avid reader of philosophy, history and theology, Mr. McRoberts considers the classical legacy of scholastic Catholic thought to be the pinnacle of learning. He believes the richness of the Church’s philosophical legacy cannot be overstated. A lifelong chess player, Mr. McRoberts enjoys coaching others even more than playing the game himself and has competed in tournaments in Atlanta and Miami. Mr. McRoberts is also a dedicated runner, having completed two half-marathons to date, in Atlanta and Auburn, Alabama.

WELCOME TO OUR NEW TEACHERS 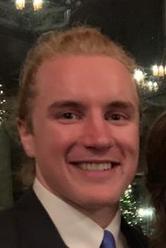 Hello! My name is Kelson Thomas. I grew up in Port Huron, Michigan and have called Duluth, Minnesota home since 2012. I recently graduated from the University of Minnesota Duluth with a Bachelor’s in Mathematics. My wife Megan and I are looking forward to moving to Montrose and meeting the students, families, and faculty of Pope John Paul II Academy. We were married in 2018 and our first daughter, Felicity Marie, arrived in 2019. We strive to follow Christ in all things, and we are confident that Pope John Paul II and St MAry’s will be a good fit for our family. Megan and I enjoy camping, hiking, bicycling, climbing, and sailing, and we are excited about all of the opportunities that Montrose has to offer! Above all, it will be a honor and truly a privilege to serve the families of Pope John Paul II as your 6th-8th Grade Humanities teacher.

Mrs. Holland is a daughter of a US Air Force pilot and partially raised in West Germany. Upon graduating high school, she was selected as a student ambassador to the Republic of China for the summer. Later, she married a military officer and raised five children. She has been involved in Catholic religious teaching for the last twenty years and mostly teaching children. She has also been involved in fund raising for Catholic schools as she worked five years at the Bishop Hogan Catholic School in Chillicothe, Missouri. She is a graduate of the University of Kansas. Most recently the Holland family lived on the Western Slope from 2004 to 2012 and has returned to Montrose as actively involved parishioners at Saint Mary's Church.

I live on our family farm but I am originally from the Denver area. I have four wonderful children, two daughters and two sons and two grandsons. I enjoy traveling and country music, fishing, and being with my family. Some of my most memorable trips were to Nashville, Hawaii and Germany. I am a certified teacher for the state of Colorado and have a B.A. in Elementary Education with many hours devoted specifically to reading intervention. I am really looking forward to teaching at Pope John Paul II Academy and meeting all the students and parents!

PJP2A FACULTY, BOARD, AND STAFF

The heart of our school is our teachers. Their service to our children is born out of their faith and their desire to see each child grow to his or her fullest potential. 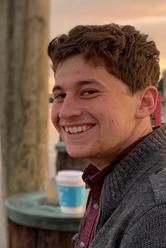 My name is Luanne Baumann. I am the first grade teacher. I am originally from northeastern Oregon and have been teaching since 2008. My first six years were spent in the Milton-Freewater School District, in Milton-Freewater, Oregon. I taught first grade for two years and the BESST (Behavioral Emotional Social Skills Training) classroom for four. After that, I taught third grade at St. Anthony’s Catholic School in Sterling, CO and have been with PJP2A since 2015. I love my Catholic faith and teaching, and I am very excited to share both with your kiddos. 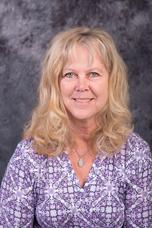 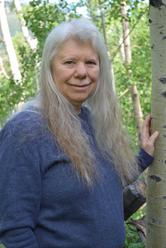 Hello! My name is Chelsea Grobelny, and I am from Macomb, Michigan. While my Bachelor’s degree is inPhotojournalism, I am currently pursuing my Master’s in Elementary Education from Grand Canyon University. While these subjects re both my passions, teaching has always been an active part of my life in various ways. Growing up in the Catholic Church has only solidified that passion more. I am so excited to meet everyone at PJP2A and am looking forward to working with students, families, and staff in the upcoming months!Type your paragraph here.